The COVID-19 pandemic has caused most businesses to temporarily close and, as a result, sustain significant losses.  Various states are contemplating the passage of legislation to require carriers to cover claims arising from COVID-19, but case law regarding the constitutionality of such legislation is conflicting.  Depending on the facts surrounding retroactive legislation, states may be able to pass an enforceable law leading to coverage.

Pennsylvania is one of many states that has proposed legislation to override language in business interruption policies and require coverage from insurance carriers.  Pennsylvania House Bill 2372 proposes that any insurance policy that covers loss or property damage, including loss of use and business interruption, must cover the policyholder’s losses from the COVID-19 pandemic.1 It applies to insureds with fewer than 100 employees.2  To enhance its chances to pass constitutional challenges, the House Bill also provides for potential relief and reimbursement through the state’s commissioner.3  Pennsylvania Senate Bill 1127 is broader than House Bill 2372 and most bills proposed in other states and would require indemnification for nearly all insureds.4  The Senate Bill makes important legislative findings and notes that insurance is a regulated industry.5  It essentially provides that an insurance policy insuring against a loss relating to property damage, including business interruption, shall be construed to cover loss or property damage due to COVID-19 or due to a civil authority order resulting from COVID-19.1  The proposed bill redefines “property damage” to include: (1) the presence of a person positively identified as having been infected with COVID-19; (2) the presence of at least one person positively identified as having been infected with COVID-19 in the same municipality where the property is located; or (3) the presence of COVID-19 having otherwise been detected in Pennsylvania.7

Proposed Legislation in Other States

Representatives in other states have also set forth similar legislation to cover policyholders’ losses from COVID-19.  Representatives in New Jersey proposed legislation to compel insurers to indemnify policyholders with less than 100 employees to cover losses arising from COVID-19.8  Proposed legislation in states such as South Carolina, New York, and Massachusetts would forbid an insurer to deny a claim on the basis of a lack of physical damage to the property.  The Massachusetts bill broadly requires every policy insuring against loss of or damage to property be construed to include coverage for losses resulting from COVID-19.9

If passed, the proposed bill will retroactively apply to all commercial insurance policies providing business interruption coverage that were in effect on and after March 4, 2020.  The bill prohibits COVID-19 from being construed as a pollutant or contaminant for the purposes of exclusion within a commercial insurance policy, unless viruses are explicitly mentioned in the language of the exclusion policy.  Assembly Bill 1552 currently is in the state Senate Insurance Committee.

Constitutional Protections Against the Impairment of Contracts

Cases That Determine the Constitutionality of a Retroactive Law

Case law may be instrumental in a determination of the validity of legislation that retroactively provides coverage for losses from COVID-19.  In Energy Reserves Group, Inc. v. Kansas Power & Light Co., the Court used a three-step test to determine whether retroactive legislation constitutes an unconstitutional impairment of contract: (1)  whether the law has operated as a substantial impairment of a contractual relationship, (2) whether the government entity had a significant and legitimate purpose behind the regulation, and (3) whether the adjustment of the rights and responsibilities of contracting parties is based on reasonable conditions and is a sufficient justification for the legislation’s adoption.10

A significant factor looked to by many courts is whether the retroactive legislation involves a heavily regulated industry.11 When a party enters an industry that is regulated in a particular manner, it is entering that industry subject to further legislation in the area.12  As a result, changes in the regulation that may affect that party’s contractual relationships are foreseeable.13  In Campanelli v. Allstate Life Ins. Co., the court determined that the severity of a contract impairment relating to insurance was significantly mitigated by the fact that the insurance industry in California was heavily regulated.14  The Fifth Circuit has held that it is less reasonable for regulated private parties to expect freedom from future regulations by contract with the state.15  The Third Circuit has similarly held that an insurance company choosing to write policies in an area that is subject to heavy regulation also takes on the risk of a future change in the law.16  In Connolly v. Pension Benefit Guaranty Corporation, the Supreme Court stated that those who conduct business in a regulated industry “cannot object if the legislative scheme is buttressed by subsequent amendments to achieve the legislative end.”17  The insurance industry’s highly regulated nature will likely serve as a hurdle to an insurer’s potential challenge of retroactive legislation.

In Manigault v. Springs, the Supreme Court held that a state prohibition on the sale of alcohol, even if the contract for such a sale was legal at the time that it was entered into, was not a violation of the Contracts Clause.19  The Court further stated that the passage statutes impairing the obligations of contracts do not prevent the state from exercising its vested powers as necessary for the general good of the public, even if contracts previously entered into between individuals may be affected.20

In Stone v. Mississippi, a Mississippi statute outlawed lotteries.21  The Court held that this prohibition was justified under the state’s power to protect the public health and morals, even if it interfered with previous contracts.22

In Energy Reserves Group, Inc. v. Kansas Power & Light Co., a gas supplier argued that a state law that prevented it from terminating a contract after price controls were enacted was a violation of the Contract Clause.23 The Supreme Court disagreed and stated that the industry was already heavily regulated and such a law was prompted by significant and legitimate state interests.24

In American Express Travel Related Services Inc. v. Sidamon-Eristoff, the state of New Jersey enacted an unclaimed property statute that retroactively reduced the presumptive abandonment period for travelers’ checks.25  The Fifth Circuit Court of Appeals held that the amendment served a legitimate state interest and stated that a party entering a regulated industry is entering subject to further legislation in the industry; as a result, changes in contractual relationships are foreseeable.26

Courts have also struck down state laws that instituted legislation which retroactively interfered with contracts.

In Allied Structural Steel Co. v. Spannaus, the Supreme Court struck down the Private Pension Benefits Protection Act, a Minnesota law that required employers to pay a pension funding charge upon closing an office in the state or ending a pension plan.  The Court held that a state may not impose a “sudden, totally unanticipated, and substantial retroactive obligation” on private parties.27

In Western National Mutual Insurance Co. v. Lennes (In re Workers' Compensation Refund), the Court of Appeals held that application of a statute that retroactively redistributed insurance premiums was unconstitutional under the Contracts Clause, based on the reasonable contractual rights of insurers that had previously paid the premiums.30

In Health Ins. Assn. of Am. v. Harnett, legislation required maternity coverage to be included in insurance policies that previously did not include this coverage.31  The court determined that this retroactive legislation was impermissible because the insurer did not have the option to terminate the policy.32

More states will likely propose legislation to retroactively cover business interruption losses from COVID-19.  In doing so, the legislatures should keep in mind that it is not so much what they are doing to existing insurance policies and terms, but how they are doing it.  First, legislators should recite all of the reasons that the need for, and benefits of, the legislation outweigh the substantial obligation imposed on the insurers.  Second, rather than ignore policy terms and command coverage, legislatures should ensure coverage by establishing liberal rules of insurance policy interpretation in favor of the policyholders, declaring and clearing up policy ambiguities and defining undefined terms in such a way that coverage will be found.  For example, most commercial property policies require that any business losses be caused by “direct physical loss of or damage to property” without a clear definition of those terms.  Pennsylvania’s SB 1127 defines “property damage” so as to mandate coverage.  So too can legislatures define “direct physical loss of property” as including any and all loss of use of or access to tangible property.  After all, commercial general liability policies define “property damage” as “physical injury to tangible property, including all resulting loss of use of that property” or “loss of use of tangible property that is not physically damaged.”  There is no reason for commercial property policies to be interpreted more narrowly.  There may be less opportunity for constitutional challenges by including a rebuttable presumption for finding loss related to the COVID-19 pandemic, as seen in California’s Assembly Bill 1552, rather than requiring coverage for all business interruption losses due to COVID-19 for insureds,  Finally, any legislative effort to establish coverage will be more palatable and have a better chance of withstanding constitutional challenge if legislatures include a means by which insurers can reinsure or otherwise recover a portion of their COVID-19 coverage losses over time.

For additional information, you can consult with a Task Force attorney by emailing NDCovid19Response@ndlf.com or contacting our office directly at 949-854-7000. 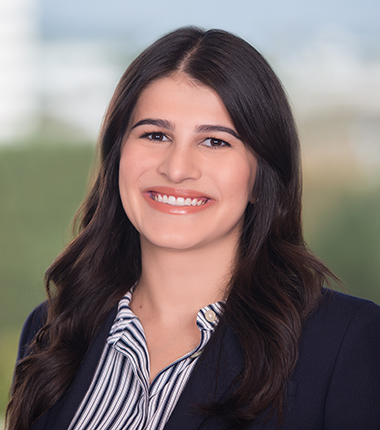