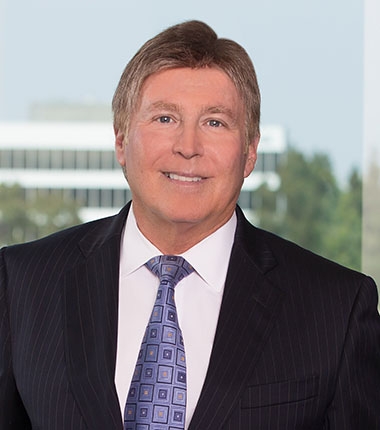 Underscored by over three decades of successful dispute resolution, whether it be through trial, arbitration or mediation, Mike Tenerelli’s practice has focused primarily on complex real estate and business disputes.  Based in the Newport Beach office, Mike represents owners, developers, contractors, lenders and other businesses in matters stemming from development matters, lease disputes, contracts, business torts, as well as construction issues.

Mike takes an analytical, yet efficient approach to solving very complex disputes.  Understanding disputes can be difficult enough, he focuses on simplifying the complex issues in order for his clients to understand the issues at hand, and make the best decision towards resolution. As a result, many clients seek Mike’s advice and representation in matters that do not involve trial, arbitration or mediation.

Mike has maintained an AV Preeminent Peer Review Rate by Martindale-Hubbell for more than 30 years.  After starting his career at Allen, Matkins, Leck, Gamble & Mallory, Mike was one of the founders of Dubia, Erickson & Tenerelli, where he practiced for more than 18 years honing and refining his trial and dispute resolution skills, particularly in the areas of real estate and business disputes.  Together with Chris Dubia, Mike later joined Dorsey & Whitney, where he was head of the Southern California Office for 5 years prior to joining Newmeyer Dillion.