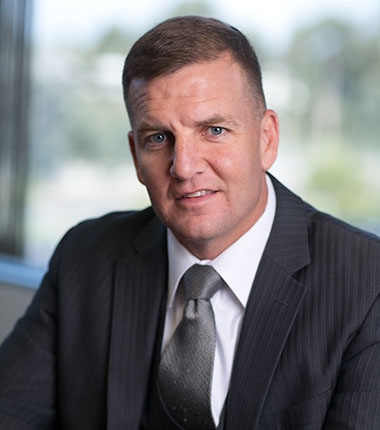 Michael Studenka wins complex cases based on decades of legal knowledge fueled by a drive to fight for his clients and win courtroom battles against all odds. Charting a stellar trajectory for the firm’s labor and employment group, Michael goes the distance to proactively advise business owners on best employment practices, and when needed, defend against California’s stringent employment laws. He focuses his practice on employment litigation for employers, and on commercial construction disputes for general contractors. As evidenced by his recent successes, Michael defends all aspects of litigation and overcomes the myriad issues that arise in California’s employee-friendly regulatory climate for companies doing business in the Golden State.

In challenging times, businesses turn to Michael to trailblaze the maze of unprecedented issues related to COVID-19. Clients rely on him to prevail on the frontline of disputes fueled by the financial crisis and to pioneer guidance on new workplace actions that impact their employees and the bottom line. Frequently responding to critical situations in real-time, Michael leverages his legal experience and leadership skills to navigate emerging issues around layoffs and furloughs and compliance, with state and local regulations and government guidelines around remote work and return to office issues. In addition to the construction and manufacturing industries, he is particularly attuned to the challenges faced by boutique franchisees in the entertainment, hotel, and restaurant industries.

A renowned litigator with world-class trial skills and extensive jury trial experience, Michael’s track record speaks for itself. Michael is the lawyer you want if your current counsel is avoiding trial – he does not back down, and he is not afraid to take on the hard cases and win. As a Judge Advocate in the United States Marine Corps, Michael defended numerous felony cases that received national and international media attention.  He was named the “Defense Counsel of the Year” as a Marine Corps Judge Advocate in 2006.

Michael leverages his high-profile legacy as a criminal attorney and prosecutor to defend his clients against deep-pocket claims from their employees. Long before a case comes to trial, Michael strategically gathers evidence and evaluates the facts of each action, often taking unique approaches to investigate, build evidence, and focus his strategy to emerge victorious with his client’s reputation intact. Approaching every dispute with the goal to prevail and avoid monetary and reputational damage, Michael defends wrongful termination, discrimination, harassment, retaliation, misappropriation of trade secrets, wage and hour complaints, clashes over commission agreements and employee embezzlement.

Michael reverse-engineers his courtroom experience to conduct in-depth management seminars that train company leaders, executive teams, and managers on all aspects of labor and employment law and how to avoid litigation landmines. A pro at risk-avoidance, he advises employers on employee handbooks and policies, employment contracts, reduction in force, wage and hour issues, and employee terminations. Michael draws on leadership and personnel management skills learned as a Marine Corps Officer to advise his clients’ managers on their legal obligations. He conducts California’s AB 1825 and SB1343 sexual harassment training and often speaks on critical issues in labor and employment law.

Attune to the fast-paced complexities of commercial construction, Michael staunchly defends owners, and contractors with a no-holds barred approach. His understanding of the interplay of construction dynamics, business demands, and team management make Michael a sought-after resource in several key areas. He defends commercial contractors in litigation ranging from delay claims, extra work claims, and mechanic’s lien claims to construction employment issues, defect litigation, and insurance coverage disputes. Michael takes a litigation-savvy approach to drafting and negotiating construction prime and subcontractor contracts designed to avoid claims actions. He has successfully litigated and arbitrated contentious construction disputes, garnering complete awards for his clients including the recovery of all legal fees.