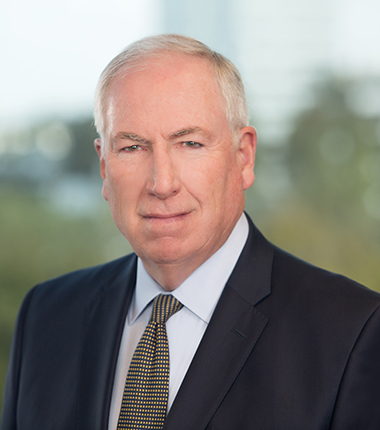 Frank Quinlan has broad experience in leadership of large organizations stemming from his duty as a U.S. Marine Corps commander, as current chairman of several public and private corporation board audit, compliance and nomination committees, as founding member of an investment committee with sizeable assets under management, and as former general counsel of a national not-for-profit foundation. His board responsibilities include oversight of internal audits and the preparation of financial statements by international accounting firms; and development of business continuity plans. He co-founded the AV rated Newport Beach firm of Kester & Quinlan, LLP, and for over 20 years represented banks, venture capital firms, mortgage, title and general liability insurers, public and private corporations, receivers and individuals in business.

General Quinlan began his law career as a legal officer in a Marine Attack squadron, followed by a tour as an FBI Special Agent. He returned to the Marine Reserve after the FBI and served in command positions at the Squadron, Air Group, Air Wing, Marine Expeditionary Force and Joint Force levels. His most recent command assignment was Vice-Commander, U.S. Marine Corps Forces Pacific and Central Commands during Operation Enduring Freedom. During 2008-09, he was recalled to active duty as Special Investigator and Director of a national security assessment and investigative team during Operation Iraqi Freedom. His professional education includes coursework at numerous senior officer schools including Information Security and Operations at the Air War College and the National Security Program for US and Russian General Officers at the John F. Kennedy School of Government, Harvard University.

In the rising arena of Cybercrime and IT Security, he conducts risk identification, management and business continuity analyses, advises on information technology security assessments and IT project cost containment, and counsels during governmental agency inquiries at state and federal levels